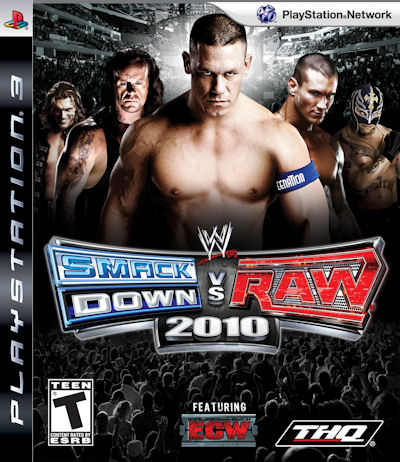 The WWE Smackdown vs. Raw 2010 characters roster shows a handful of Superstars, but THQ’s new trailer shows what they can do.

In addition to the create-a-superstar mode, the Xbox 360 and the PlayStation 3 versions of WWE SmackDown vs. Raw 2010 will introduce a new mode called Superstar Threads. In it you can create three alternate attires for existing wrestlers in the game by customizing the colors of their attire.

Claim your rightful spot at the top of the WWE Roster…

PS: Join our WWE Smackdown vs Raw 2010 competition for a chance to win the PS3 version of the game!