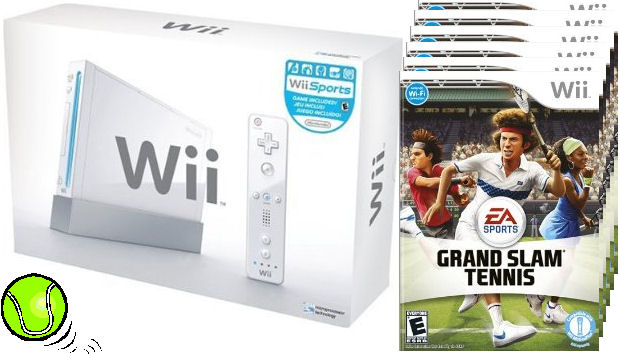 The past week we’ve given you the chance to win in our Nintendo Wii console or 1 of 6 Grand Slam Tennis games competition. The task was a simple matter of mentioning how many mangos John McEnroe was holding. I should mention that the contest video suddenly changed mid-Thursday to a different video. Where originally there were 3 mangos, later there were indeed 0. So those two answers were both counted as correct.

We heartily thank everyone who participated, but of course out of the over 80 answers only seven winners could be chosen at random from the right answers, and they are…

Congratulations to the winners! You’ll be contacted shortly via email.

If you didn’t win: Check back the week of October 1st for a chance to win the WWE Smackdown vs. Raw 2010 game, as well as a Halo Encyclopedia book.