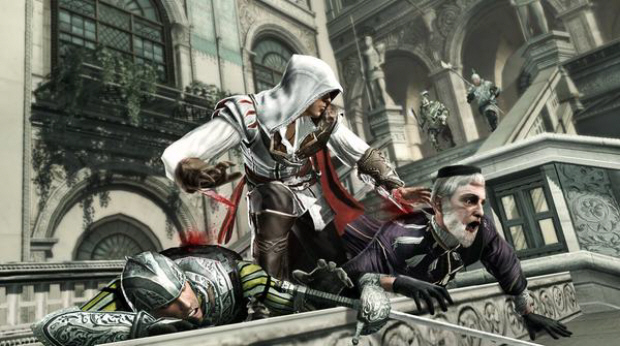 Welcome to the Assassin’s Creed 2 characters list. So far not all of the characters that will be in the game have been revealed, so this is a partial list and includes some speculative characters.

Assassin’s Creed 2 is an epic story of family, vengeance and conspiracy set in the pristine, yet brutal, backdrop of a Renaissance Italy. Ezio befriends Leonardo da Vinci, takes on Florence’s most powerful families and ventures throughout the canals of Venice where he learns to become a master assassin. This game retains the core gameplay experience that made the first opus a resounding success and features new experiences that will surprise and challenge players.

Here is a list of characters (both confirmed and unconfirmed) from the game.

UNCONFIRMED
1. Altaïr (does Ezio know of his ancestry through a codex?)
2. Warren Vidic (Abstergo Industries scientist still doing research with the Animus?)

Looks like Ezio has his hands full in Assassin’s Creed 2: