Lego Star Wars cheat codes for characters and other unlockables 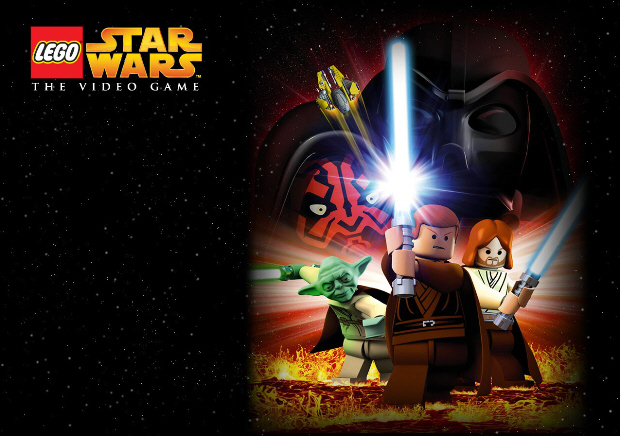 Cheat codes for Lego Star Wars to unlock hidden characters and other secrets.

How to unlock the Question Mark door (and get Darth Vader, Princess Leia and more)
There are four additional characters that you can unlock via the Question Mark door in Dexter’s Diner. To open this door and gain access to the characters, you must first achieve “True Jedi” Status in all 17 levels of the game (6 in Episode 1, 5 in Episode 2, and 6 in Episode 3). True Jedi status in a level is represented by a golden/black bar at the top of the screen during a level. Fill the bar by collecting Lego Stud Pieces. Reach a certain amount of Studs in each level to gain “True Jedi Status” for that stage. Once you do so, the Question Mark door will open and you’ll have access to an additional mission once you go into the door. Beat that mission to add these characters to your purchasable list (You must then buy them to play as them however): Princess Leia, Rebel Soldier, Darth Vader and Stormtrooper.

How to Collect an Infinite Amount of Studs
In the stage “Darth Vader”, there is a section of the level where the player must run through a corridor that is crumbling into the hot lava below. Before you reach that part however, you can collect around 3,000 studs. But if you allow yourself to fall into the Lava, you will have to replay the sequence. However, you will not lose any Studs and all the Studs will re-appear for you to collect again. You can keep repeating this for an infinite number of Studs.

How to Make Kaminoans Disco Dance
While exploring the “Discovery of Kamino” level, you’ll come across a certain room with a disco dancing secret. This room is somewhat dark lighting-wise, and contains two or three Kaminoans, a Blue Stud behind a force field, a Square on the floor made up of several round spots, and speakers on the wall. Using the Force will transform the speakers into record players. After doing this, walk to one of the spots on the floor and wait for the other player to do the same. Once you are standing on two spots, other spots will light up. When a spot is lit, walk onto an unlit spot. Mix and repeat until all the spots are lit. Once this happens, a disco lights will start to flash, a funky Star Wars theme will play, and the Kaminoans will start dancing!

How to make the second player Invincible (Glitch)
You can take advantage of a glitch in Lego Star Wars to make the second player invincible. First you must allow the player’s character to fall to his death. Then, have the other player (the one who didn’t fall) leave the current room/area. Time it right, and the player who died will stay “grayed out” and won’t be allowed to take damage. Thus making him invincible. This will last until that player dies again by falling.

How to get tons of Blue Studs
There is a way to get a massive amount of Blue Studs in the “A New Hope” stage. Explore the level until you come upon a room with Yellow, Blue, Green and Red Lego Blacks. Your goal here is to manipulate the blocks with The Force until you make them spell the word “Lego”.

Complete the word “Lego” to make a massive amount of Blue Studs rain from the ceiling.