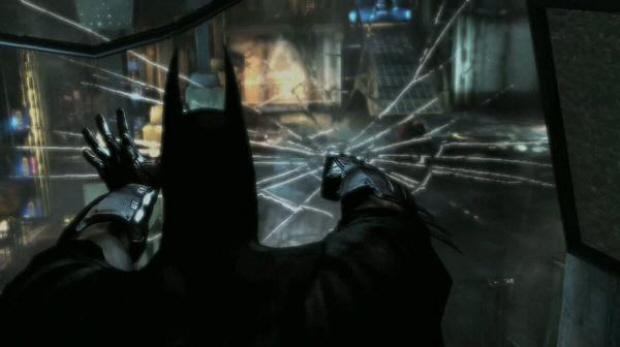 For those videogame pirates out there who want to download a hacked copy of Batman: Arkham Asylum for free . . . Batman’s ready to take you on.

Some pirates were shocked to discover that there is a little, seemingly unsolvable “glitch” in the downloadable versions of Batman: Arkham Asylum. To quote Maxconsole:

“Some pirates of the new Eidos title, Batman: Arkham Asylum (PC version) might be surprised when they realize a certain “problem” in the game prevents them from advancing through it properly. While some pirates might have thought the copy protection mechanisms were beaten when the game loaded properly, Eidos has (at least) one more trick up its sleeve that probably wasn’t suspected.

On the Eidos Forums, a user Cheshirec_the_cat might have gotten a surprise with the response from an Administration over the problem he has had with the game.

“Hi!
I’ve got a problem when it’s time to use Batman’s glide in the game. When I hold , like it’s said to jump from one platform to another, Batman tries to open his wings again and again instead of gliding. So he fels down in a poisoning gas. If somebody could tel me, what should I do there.” Cheshirec_the_cat asked on a new thread.

After one user told him to “try buying the game” and commented that it has not even been released publicly for PC yet, an administrator, Keir, summed up the problem for him.

“The problem you have encountered is a hook in the copy protection, to catch out people who try and download cracked versions of the game for free. It’s not a bug in the game’s code, it’s a bug in your moral code.”