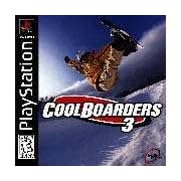 Downloadable Games
NBA 2K10: Draft Combine ($4.99)
Enhance your NBA 2K10 experience with this exclusive game from 2K Sports that allows you to create your own custom NBA player and live the life of an NBA hopeful going through the real NBA Draft Combine in Chicago’s Attack Gym. Then pick up a copy of NBA 2K10 to continue your player’s path to NBA stardom.
ESRB Rated E
File size: 387 MB

PSone Classics PS3 / PSP
Cool Boarders 3 ($5.99)
Head back to the mountains and pull off all-new killer tricks on some of the world’s most treacherous slopes.
Rated E
File size: 135 MB

Game Demos
Fight Night Round 4 Demo #2
Play as the legendary heavyweights Mike Tyson vs Muhammad Ali to see who would win in the ultimate showdown. Or relive the Ricky Hatton vs. Manny Pacquiao match. The demo features the final tuned product with the addition of the button configuration and a body spamming fix.
Rated T
File size: 791 MB

NBA 2K10: Draft Combine Demo
Enhance your NBA 2K10 experience with this exclusive game from 2K Sports that allows you to create your own custom NBA player and live the life of an NBA hopeful going through the real NBA Draft Combine in Chicago’s Attack Gym. Then pick up a copy of NBA 2K10 to continue your player’s path to NBA stardom.
Rated E
File size: 387 MB

PAIN Space Monkey Character ($0.99)
Ivan is a retired space monkey with an identity crisis. This new launchee thinks he’s equal to humans after tallying 3 space missions at a Russian space camp, and now Ivan wants elevated civil status. Honestly, his ego needs a reality check, and if that means literally elevating his primate-self via a few good launches for some PAIN, so be it. Are you up to the task? Bring Ivan the PAIN, and by all means, go bananas (sorry…couldn’t resist)!
File size: 100 KB

PAIN Space Mime Character ($0.99)
After much soul searching, Le Toot realized that since he was already taking so many lumps in the PAIN world, he should just get in the launcher himself! He was never really a good mime anyway, as he screams when anything comes near him (mimes should be silent). Still, he deserves some credit – armed with his own poses and a little courage, he’s about to launch into whatever you can dish out. Ready to make a Mime scream?
File size: 100 KB

PAIN Space Granny Character ($0.99)
People used to think PAIN was only for young folks, but Fannie’s not buying that for a minute. This new launchable character will prove to all those young whipper snappers that mature ladies aren’t so fragile. In fact, Fannie can throw crates and ricochet off buildings with the best of ‘em. Dressed in her summertime best, this “cheeky” gal has taken her vitamins to get into her many poses and is itchin’ to launch. Buy and launch Fannie today!
File size: 100 KB

PAIN Space Character Bundle ($1.99)
Buy three hilarious launchable PAIN characters at a discount! This bundle adds Fannie, Le Toot the mime, and Ivan the space monkey to your collection of launchable characters. Each character comes with its own costumes, poses, and sound effects and is playable in any of the modes and environments you own. Buy this bundle today to get three new launchees to bring the PAIN!
File size: 300 KB

Downloadable Games
Patapon ($15.99) (also available from PS3 storefront)
Stay on beat and win the battle in IGN’s 2008 PSP Game of the Year! For years the Patapon tribe has lived in the desolate frontier, driven from their home by the evil Zigoton army. They wait for the day that the Great Patapon will return, to lead them against their enemies and bring them back to their homeland. Grab your war drums and lead them to victory!
ESRB Rated E
File size: 184 MB

Fate/Unlimited Codes ($29.99) (also available from PS3 storefront)
Based on a popular Japanese anime, Fate/ unlimited codes takes place in a local town in Japan where 7 pairs of ‘Masters’ and ‘Servants’ compete for the ‘Holy Grail’ that will grant them any wish. This compelling combat experience for the PlayStation Portable features a deep roster of characters and unique fighting moves, while employing a fast-paced, weapons-based fighting system that is sure to meet any Capcom fans highest expectations.
ESRB Rated T
File size: 519 MB