A Boy And His Blob Wii preview 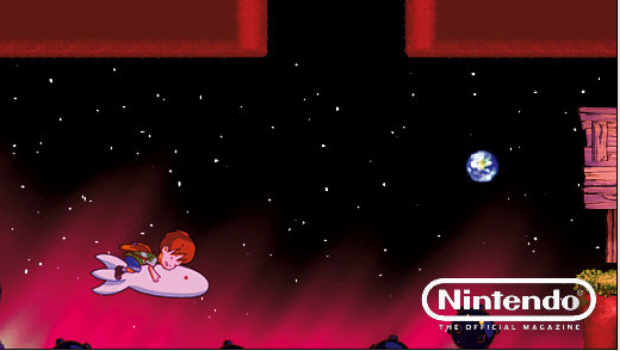 A Boy and His Blob Wii will be released on October 13th, 2009. Based on the hit NES game of the same name, this new title offers a beautiful, hand-drawn 2D experience with all-new levels and a complete re-imagining of the original game.

It is being developed by WayForward, who was responsible for Contra 4. The developers of the game go way back as far as 2D gaming is concerned, and worked on beautifully animated 16-bit classics like The Lion King and Aladdin.

The crux of the gameplay revolves around the Boy’s Blob and feeding it Jellybeans. Different flavors turn the Blob into different tools that you can use to solve puzzles and pass difficult areas.

There are over 40 stages in the game and they are filled with hidden secrets and unlockables for the player’s to earn.

In the storyline, an evil emperor has seized the land of Blobonia. Thus a small white Blob flees the planet in his ship to try and find someone who can help. Losing control, the Blob crash-lands on Earth and encounters a young boy. They quickly become friends and the boy agrees to help the blob find his way home and help him put an end to the evil emperor.

The developers promise that the game will drip charm and even give players an emotional attachment to the adorable characters. The music will be sweeping and epic, and the relationship between the Boy and his Blob will be a major focus . . . . There’s even a Hug Button!

Hopefully A Boy and His Blob will be a major hit for WayForward, much like Braid was on Xbox Live Arcade and PC. As the game looks like it’ll certainly appeal to people who want a smart, puzzle-focused platformer with gorgeous graphics and an interesting premise.

Here is a video of this beautiful game in action. Also shows some of the Jellybean powers.

This is a Behind-The-Scenes video interview with the Art Director Marc Gomez talking about how the boy and the blob were created.

Here’s part 2 of the Behind-The-Scenes look at A Boy And His Blob for Wii.

PS: If you pre-order A Boy and His Blob at GameStop, you get a free Blob stress ball.