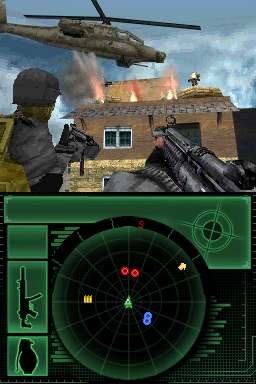 CoD: MWMDS gives you an arsenal of cutting-edge weaponry (none of that old World War II stuff), vehicles and tactics, arming you with precision controls for battle across the world’s most dangerous hotspots. You’ll fight on the ground in intense building-to-building tactical combat, hack into enemy computer terminals, take the controls of military vehicles like Battle Tanks and UAV spy drones, or man the guns of an AC-130 gunship. You can do this alone, in local multi-cartridge multiplayer or in online multiplayer.

See how it looks in the debut trailer for CoD: MWMDS: