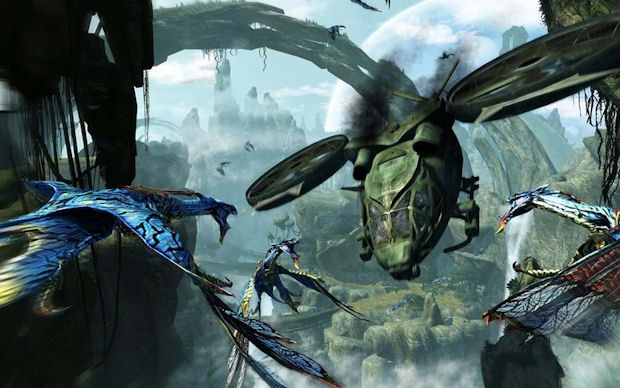 Discover James Cameron’s Avatar: The Game and delve deeper into Pandora’s world with this first gameplay video exposing the epic war that tears the Navi’s and Humans apart. The game is scheduled for release in December 2009 for PS3, Xbox 360, Wii, PC, and a portable version on DS.

Avatar is the story of an ex-Marine who finds himself thrust into hostilities on an alien planet filled with exotic life forms. As an Avatar, a human mind in an alien body, he finds himself torn between two worlds, in a desperate fight for his own survival and that of the indigenous people.

Anyone looking forward to the Avatar movie? It looks like a CGI spectacle:

PS: I keep saying “James Cameron’s Avatar” because otherwise people might be confused with another upcoming movie-based game with a similar name “Avatar: The Last Airbender”.