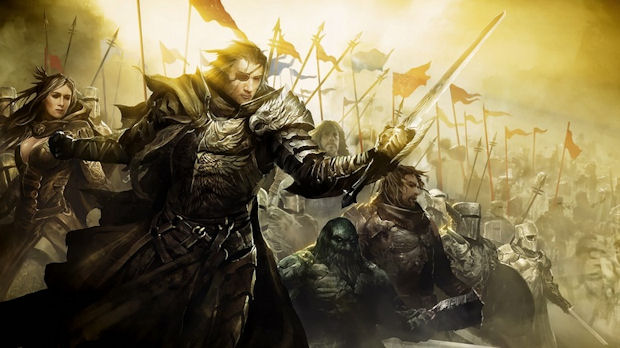 NCsoft and ArenaNet recently premiered the first Guild Wars 2 teaser trailer at gamescom in Cologne, Germany. Show attendees were treated to a glimpse of what’s to come in the much anticipated sequel, set 250 years after the original Guild Wars. Thanks to the power of the internet and streaming video, you can enjoy it too!

The teaser trailer reveals some of the world-shaking events that set up the story of Guild Wars 2 and also showcases the game’s fantastic graphics and environments.

Guild Wars 2 is a visually stunning MMO that will offer players the epic grandeur of a massive role playing environment combined with the challenge of world-class player vs. player competition. Building on the success and lessons of Guild Wars, ArenaNet is creating an MMO that lets gamers play the way they want, while at the same time retaining the no-subscription-fee business model that has made the original Guild Wars so popular.