Commandos 5 is coming next from Pyro Studios? 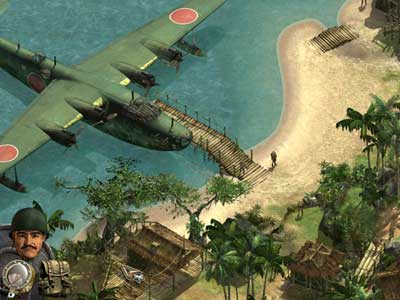 Spanish developer Pyro Studios can’t wait to get working on a Commandos sequel, after they finish work on the animated movie-based Planet 51 videogame that is.

A Pyro Studios representative said as much on last week’s GamesCom 2009 event. To quote: “We’re definitely going to work on a new Commandos [in the future]. The time is right for it.”

Adding that Commandos 5 would go back to the real-time strategy style of Commandos 2. Pyro claims the move of the Commandos series into 3D with Commandos 4: Strike Force was a bad choice on their end.

Update: Pyro has refuted the Dutch news report with the following statement…

“The news story that Gamer.nl published is totally false. We always had in mind to bring back to life the Commandos series; this isn’t something new, but nowadays there’s nothing official or decided and everything is still a wish, nothing else.

I think that the Gamer.nl journalist turned the wish into news, and he quoted things that nobody said (I was in the GamesCom and we always said to whoever asked, and was a lot of people, that perhaps in the future but nothing now).

We’re only focused in the Planet 51 game and this is the only game that we’re working on.”