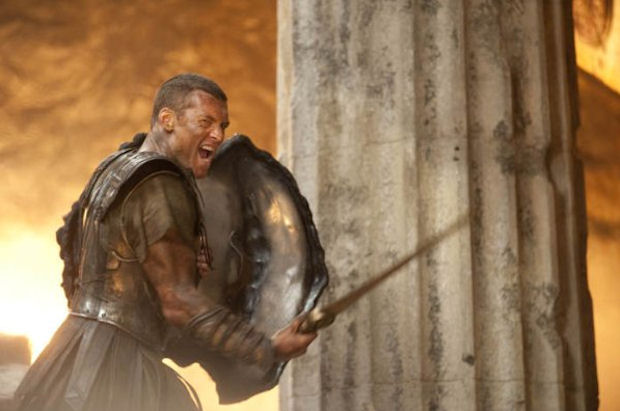 Bandai Namco at its the GamesCom 2009 press briefing announced a video game based on the upcoming Clash of the Titans movie remake. Clash of the Titans: The Video Game (Xbox 360, PlayStation 3) release date will fall at the same time as the film, so March 26th, 2010 in most of the world.

The game’s in development at the Japanese company Game Republic (of Genji and Folklore fame). Clash of the Titans is an action-adventure game with hack-and-slash gameplay thrown in. The game will follow the story of the movie, while expanding the universe for play purposes.

According to IGN you can expect to see more than 100 creatures from classic Greek mythology in the game, anything from harpies, minotaurs, wraiths, ogres and dragons to cyclopses.

Sounds very God of War-ish. Considering how amazing the art direction in Folklore was, I think Game Republic can pull off a good movie-based game. At least as long as they can really expand that universe enough with their own imagination.