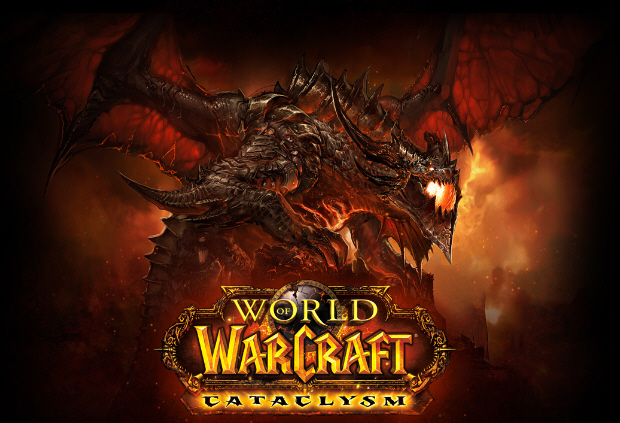 Looks like the land of Azeroth is primed to get a facelift, albeit a destructive one courtesy a whirling Maelstrom and bursting molten center. That’s right. After much World of Warcraft: Cataclysm speculation, as well as some leaked information, Blizzard went official with World of Warcraft: Cataclysm at this year’s Blizzcon letting loose a booming announcement trailer. This will be the third expansion following previously released Wrath of the Lich King and The Burning Crusade. 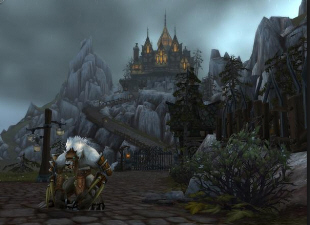 Blizzard is taking a somewhat different approach to furthering the storyline and adding new content this go-round however. Instead of tacking on another play area ala Lich King’s Northrend and Burning Crusade’s Outland, we’ll get to re-experience the main continents of Kalimdor and Eastern Kingdoms following the stress and devastating changes brought on by the Cataclysm.

For instance, Wetlands has been destroyed and The Barrens cleaved in two. I wonder how this may affect Barrens chat . . . While we’re talking about geography though, another pretty huge change will be the ability to use flying mounts around Azeroth. It’d definitely be a must considering the new layout ripe with lava canyons and other not so level terrain.

Here is a comparison video showing locations before and after the Cataclysm.

There really are a lot of big announcements outlined in the trailer, and probably two of the biggest for most are the addition of two new races: Goblins (for the Horde!) and Worgen (for the Alliance!). 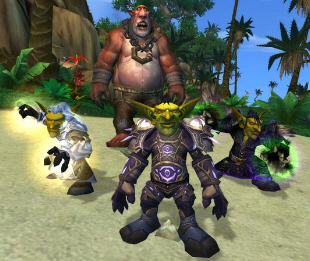 Goblins will be able to take on all classes except Druid and Paladin (even though either would be pretty hilarious), and because of their mercantile nature, they will have a special racial trait allowing them to gain bank access through a summonable hobgoblin (30 minute cooldown). I can’t count the times I wish I could have run to my bank, so that sounds like it could be a pretty convenient feature.

Worgen on the other hand will be be able to take on all classes except Paladin and Shaman. Their racial ability is called Darkflight, which temporarily increases movement speed by 70% (3 minute cooldown). Nice for times you may need to make a quick getaway.

There are also some changes in tow for the veteran races, namely new race/class combos including:

Some may scoff at these changes (Dwarf Shaman?), and I have to admit, it feels a little weird seeing things become more equalized. Also, a bit sad that my secret wish for a Tauren Rogue will never be realized… wah.

The expansion doesn’t end there! There will also be a new secondary profession, Archaeology, which will join the old standbys first aid, fishing, and cooking. You will be able to scavenge the newly revealed crusts and altered terrain for artifacts and rewards.

Also, for the “Achievement-happy” folk out there, in addition to your character continuing to be able to earn achievements, now your guild as a whole can earn Guild Levels and collective Guild Achievements. Incentive for good teamwork, eh?

Here is the debut trailer for WoW: Cataclysm.

Cataclysm will of course have the obligatory level cap raise, except instead of bumping 10 levels as in previous expansions, there will be a 5 level increase for a maximum of 85. This isn’t too surprising considering Blizzard wants to make the experience more about raids, PvP battlegrounds, and end-game content rather than the level grind, as evidenced by the vast changes they have already been making to quicken the leveling process. In that vein, look forward to Heroic versions of classic beginning instances like Deadmines and Shadowfang Keep, as well as uncovered and revamped high-level zones and even more high-level raid content.

Lots to look forward to and wait for, but it’s just cracking the surface before we get to learn and delve in to more details from the crew at Blizzard. There is no release date as of yet, and considering WotLK was released over a year after it’s announcement at Blizzcon ’07, we probably have a ways to wait. Nevertheless, I, and other fans I’m sure are feeling the itch to gear up for what’s coming.

— I’d like to thank my best friend Lunarskye for writing this excellent article. You can check out more of her writings at www.pancakelanding.com. —