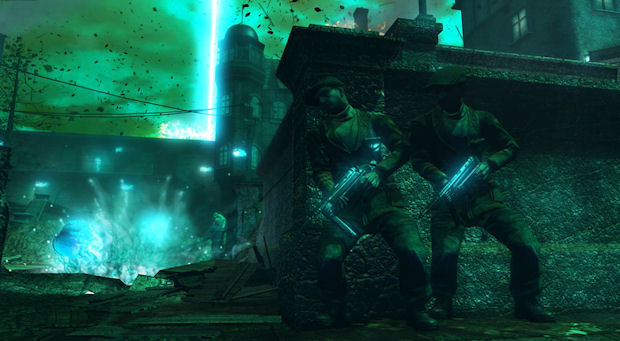 Activision has released a new trailer for Wolfenstein, the first-person shooter game scheduled to launch for PC, Xbox 360 and PS3 on August 18th in America/Canada, August 19th in Australia, and August 21st in Europe.

Set within a near-fictional, historical WWII setting, players take on the role of the heroic OSA agent BJ Blazkowicz as they are thrust into the unknown and unexpected to battle against combat troops, otherworldly forces, and the dark science created by a supernatural Nazi force hell-bent on world domination. Players investigate the powers of a dark parallel dimension, join with resistance forces, and employ an arsenal of conventional and otherworldly weapons in attempts to annihilate the Nazi war machine. Wolfenstein provides gamers with an assortment of interlinked missions that drive an intense, story-driven combat experience; while the Wolfenstein multiplayer experience continues the world-renowned tradition of class-based team objective gameplay with a full arsenal of conventional and supernatural weapons for addictive online warfare.

Those darn Nazis just never know when to quit, so lock, load, and kill them all.