Home » News » PS2 News » TMNT Smash Up no longer Wii-exclusive, also on PS2 when its release date on September 22 hits

TMNT Smash Up no longer Wii-exclusive, also on PS2 when its release date on September 22 hits 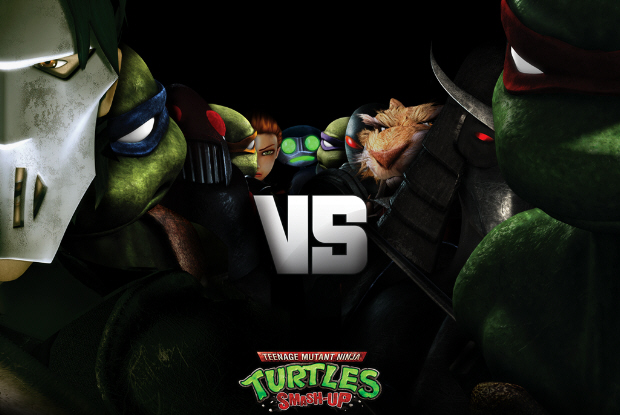 Teenage Mutant Ninja Turtles: Smash Up is no longer a Wii-exclusive, as the game has been revealed for release on PlayStation 2 as well.

The TMNT: Smash Up official site revealed this by adding a PlayStation 2 logo to the bottom of the page, as well as a banner that shows the PlayStation 2 box art for the game. However when you click said banner, it takes you to the Amazon page for the Wii version of the game.

No information is yet known on the PS2 version, but it’s likely that the game is exactly the same as the Wii version (though perhaps without the online play).

TMNT: Smash Up is a four-player fighting game brawler (ala Super Smash Bros. Melee) that features the Teenage Mutant Ninja Turtles, as well as their enemies and friends, in frantic, fast-paced melee battles. Choose from a wide variety of classic TMNT heroes and villains, each with unique acrobatic moves, weapons and combat skills that will come in handy during the free-for-all brawls. Not only can you immerse yourself in the world of TMNT through the story mode, you can also challenge your friends at home or online in a variety of multiplayer modes including tournament, battle royal, and more!

Key features of TMNT: Smash Up include:

* Be prepared for interactive levels with moving arenas, gators jumping from the water, and many more surprises. Collect “shells” during battles and mini-games to unlock memorable moments and exclusive content of TMNT’s 25-year history