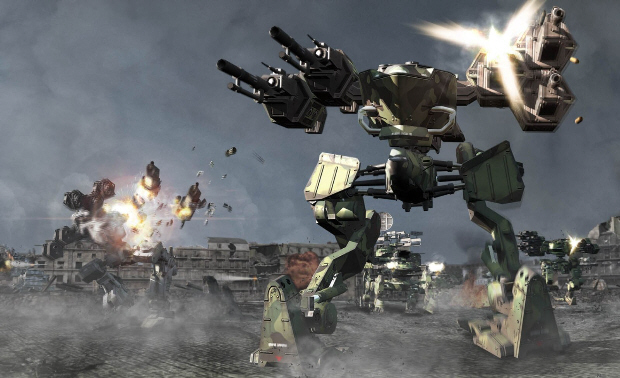 If you are a fan of From Software’s Xbox 360 online/offline mech game Chromehounds, then you may want to ratchet up your playing soon. Because in a matter of about four months, the game will not longer be playable online.

Sega has announced that they will be shutting down the Chromehounds servers on January 6, 2010. This will make the significant online Neroimus War mode unplayable. Leaving only the single-player offline campaign mode, which chronicles events just prior to the outbreak of the Neroimus War (while the Xbox Live “Online” mode takes place during the actual war).

“We regret to inform everyone that the Chromehounds online service will be closing on January 6, 2010. At this time, all online components for Chromehounds will no longer be accessible and the game will only be available for play in offline modes. We would like to thank everyone in the Chromehounds community for their passion and support over the past 3 years of service. Please enjoy the remaining time with the game.”

Chromehounds was released in July of 2006 exclusively for Xbox 360 and acts as a kind of spiritual successor to the Armored Core series. The game’s offline campaign mode clears the way for the online mode which continues the storyline and allows players to join one of three warring countries, create or join a squad (i.e. guild) and fight for the continent of Neroimus.

If that concept sounds interesting to you, then you may want to consider picking the game up before next year. You can pick the game up for around $30. There’s also about 14 Achievements that you can get while playing online, worth about 280 GamerPoints. Although they aren’t easy to get. But if you are considering buying the game before it goes offline, you’ll have some Achievements to brag about that will be impossible for your friends to get. Use this Chromehounds Achievements Guide to help you get them.