Halo 3: ODST features a character roster made up almost entirely of brand new faces to the Halo mythology. The game releases exclusively for Xbox 360 on September 22nd, 2009.

The game was originally meant to be a kind of expansion to Halo 3, but has morphed into a much larger beast of it’s own, more than originally intended. Which is why the game is now a fully priced title instead of a budget one as originally announced. The game features a single-player campaign that allows you to see through the eyes of many different new characters. The game also has full multiplayer and a new Firefight 4-player co-op mode that is similar to Horde in Gears of War (where you fight off waves of enemies).

Here is a list of the characters that will be appearing in Halo 3: ODST:

3. Dutch (voiced by Adam Baldwin)
Dutch is the Heavy Weapons specialist of Halo 3: ODST. He is also a deeply spiritual person.

4. Mickey (voiced by Alan Tudyk)
Mickey is a young, enthusiastic soldier who loves the fight, but has never seen the Covenant destroy an entire planet . . . 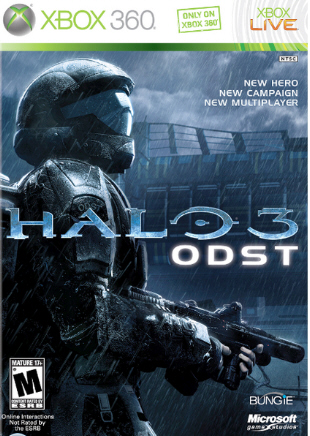 5. Rookie
The silent hero of Halo 3 : ODST is called “The Rookie”. The newest member of the Helljumper squad featured in the game, he is usually seen with his trusty silenced SMG gun in his arms.

6. Romeo
Romeo is the Sniper and long-range combat specialist of the Halo ODST squad and an African American. He considers himself to be a ladies man.

7. Sergeant Major Avery Junior Johnson
Sergeant Johnson has appeared in all the Halo games and leads the squad of ODST. He is also an unlockable character in the Firefight Mode for people who pre-order the game. Johnson is an expert marksman, even attending the Naval Special Warfare Sniper School, and serving as a sniper on many black operations during the insurrection and was part of the first Project: SPARTAN-I. He is the only human seen to survive the Flood infestation and has a medical condition (Boren’s Syndrom) that makes him immune to the powers of the Flood, but at the cost of his mental stability. Boren’s Syndrome is caused by high exposure to Plasma Grenades.

8. The Superintendent (SI) computer
SI is the “Superintendant” AI computer of the New Mombasa’s Urban Infrastructure. He will help the Rookie through New Mombasa as well as other ODSTs and Marines to fight off the Covenant occupation.

Watch the main characters in action: