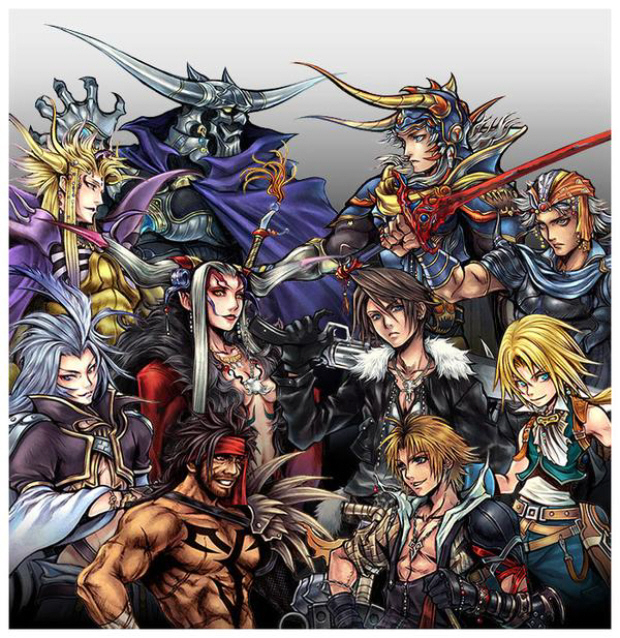 Dissidia: Final Fantasy (the official title) has a 28+ character cast with all of the main heroes and villains from every past Final Fantasy game from the core series of titles.

Dissidia also brings one new character into the mix. The game itself is essentially a 3D brawler in which your character has a myriad of moves that they can pull off. However the game also contains some of the traditional RPG trappings that the series is known for.

——> NOTE: We also have a guide that explains how to unlock all Dissidia Final Fantasy secret characters.

Here is the list of heroes and villains that appear in Dissidia: Final Fantasy for PSP: (note: Not all are playable)