Where the Wild Things Are videogame announced for consoles 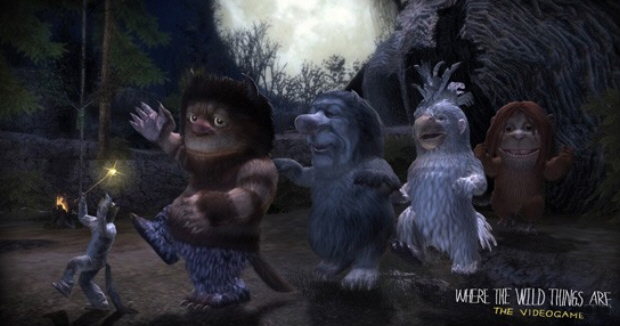 A videogame based on Where the Wild Things Are, an upcoming film from Spike Jonze based on the famous fantasy children’s book of the same name, has been announced by Warner Bros. Interactive. The game will release alongside the movie this October for Wii, DS, Xbox 360 and PlayStation 3.

In the videogame, players assume the role of the rambunctious young Max and can explore the island of the Wild Things, journey across its dangerous terrain, overcome hazardous obstacles and battle fierce creatures.

After landing his boat on the mysterious island of the Wild Things – Max quickly befriends the fearsome but loveable creatures and becomes “King of All Wild Things.” He soon learns that the island is on the brink of destruction and that it’s up to him and the Wild Things to work together to find a way to escape to safety before its too late.

The console versions of the game are being developed by Amaze Entertainment (X-Men Origins: Wolverine) with the DS version being created by WayForward Studios (Contra 4). Both developers have done good jobs on making licensed games so that gives me hope that this videogame adaptation of the movie will be good on all platforms it’s appearing on.

“Where the Wild Things Are’ is one the most beloved children’s stories and we are excited to deliver an immersive interactive experience based on and inspired by the feature film from Spike Jonze,” said Samantha Ryan, Senior Vice President, Production and Development, Warner Bros. Interactive Entertainment. “Through their action-filled adventure, players will team-up with the Wild Things – each with their own unique skills or special talents – learn valuable new abilities and work together to find a way to safety.”