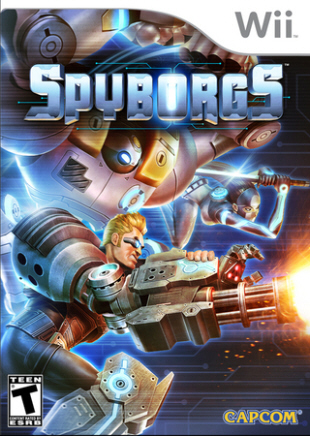 As we have covered in the past, Spyborgs is a one or two-player co-op action brawler that was “born from such classics as Final Fight, Captain Commando and all those addicting old-school brawlers” according to publisher Capcom. The game also mixes elements of shooters like Ratchet & Clank and all-out 3rd person action titles like Devil May Cry, as the development team features personal from both those titles.

Spyborgs also promises Wii owners some of the best and most beautiful graphics on the console (“‘Really, is that on the Wii?!’ is a typical response that we get if you can believe that”, says Capcom), lots of fun characters, crazy bosses and tons of unlockables.