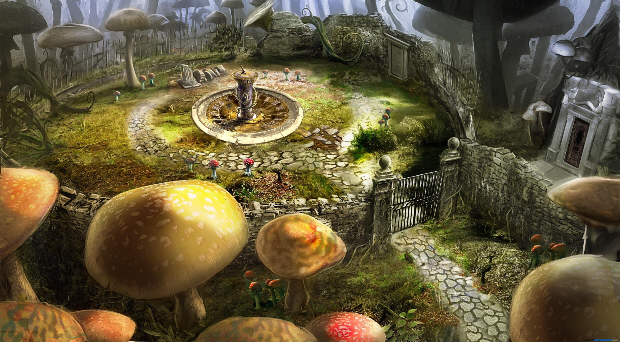 Alice in Wonderland the video game, based on Tim Burton’s upcoming film, has been announced for Wii, PC and DS. It will release in early 2010 to coincide with the launch of the movie in theaters.

The game is being developed by French developer Etranges Libellules and seeks to capture the magic and wonderment of the film in videogame form, said publisher Disney Interactive at Comic-Con 2009.

“These games fully capture the magnificent and whimsical world of Underland while experiencing key moments from the film,” said Craig Relyea, senior vice president of global marketing, Disney Interactive Studios. “More than just a retelling of the movie, Alice in Wonderland introduces fans to an entirely new style of innovative gameplay designed to challenge the puzzle solving skills of older players while making the adventures accessible and enjoyable for the younger crowd. Innovative gameplay and distinct artistic styles on each platform gives players a range of unique and engaging experiences.”

Your goal in the game will be to restore the world from Underland to Wonderland as you navigate your way through the world of the fantastic as Alice. Key characters from the films will play important roles in the game too including the Mad Hatter and Cheshire Cat and villains like The Red Queen and her army and the Jabberwocky.

The Cat can help Alice by revealing hidden objects or areas of the game while the Mad Hatter can help Alice by allowing her the ability to alter her perception of Underland. This lets her take advantage of optical illusions to open up places in the world that the player wouldn’t have noticed otherwise.

The Wii version will have it’s own look and feel that differentiates from the PC version but will follow the film’s storyline just as closely. The Wii version also features an upgradeable combat system where Alice can collect “impossible ideas” which allow you to replay stages and unlock “the secrets of Underland.”

The DS version is a different beast entirely. It has you combating the legions of the Red Queen’s Army and “creating your own path through the same universe using an oracle.” It also features an “innovative art style unique to the platform” as well as an exclusive character. DSi owners will also get a bonus that allows them to use the camera to “detect colors mapped to unlockable content upon completion of certain tasks.”