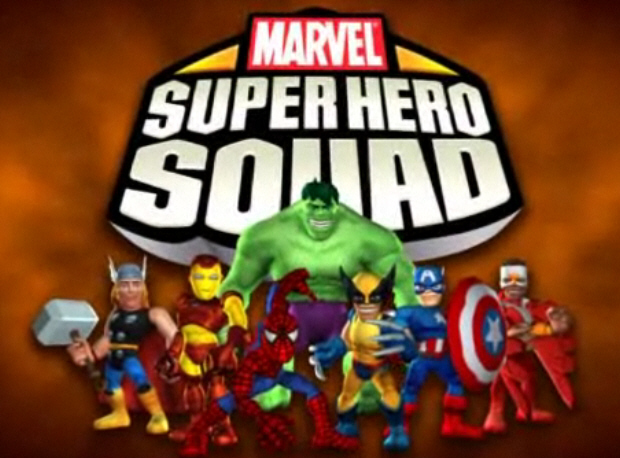 20 playable characters will make their appearance in Marvel Super Hero Squad, an upcoming single and multiplayer brawler that features many of the most popular characters in the Marvel Universe in super cute chibi form.

It is based on the upcoming cartoon of the same name (which is in turn based on a toy line). The videogame will be released on Wii, PlayStation 2, PSP and DS this October.

Marvel Super Hero Squad features 8 single-player campaigns (one each for: Wolverine, Hulk, Thor, Iron Man, Silver Surfer and Falcon and two unlockable campaigns for Spider-Man and Dr. Doom) and a 4-player battle mode. Each character has their own unique attacks and moves, with new ones unlocked as you find Infinity Fractures. As you play through the campaign with either one or two players you will unlock new characters, costumes, battle arenas and collectibles.

Are there any more characters that we may have missed? Who else would you like to see in the game?

Here is a trailer for Marvel Super Hero Squad.