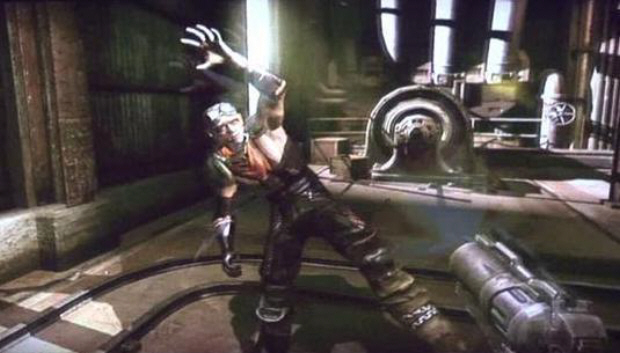 New details have been gleamed on Rage, id Software’s upcoming epic FPS racer. The details were given via the American Game Informer magazine who snagged a cover story on the title.

Not a whole lot has been known about Rage since its announcement way back on August 2nd, 2007 at QuakeCon but these details shed a lot more light on the ambitious title.

Here are the new details:

* An engineering system to craft devices including sentry turrets and RC car bombs, if you have the blueprints and parts.
* Your health regenerates–a gift connected to your history.
* Races and missions are available from hub towns.
* Vehicular combat is a big part of racing, with power-ups and ammo placed around the courses.
* Weapon upgrades, such as a scope and aiming stabilisers for a crossbow.
* Alternate ammo types, including a crossbow bolt which allows you to briefly control victims before they explode.
* Stealth is an option in combat too.
* A gladiatorial game show named Mutant Bash TV offers big prize money.
* A car parts system allows boosts to areas such as acceleration, traction and suspension.
* Other car upgrades include bombs, a magnet to draw power-ups, tire shredders and EMP shields.
* Multiplayer modes are currently not finalised.
* One weapon is a three-tipped boomerang called the ‘wingstick,’ which will return.
* The PC version will offer higher resolutions, more anti-aliasing and faster texture page-in times, but the three versions are essentially the same.

Be sure to keep your eyes locked to the Rage After the Impact web-site for new and future details on the game. You can also see an exclusive trailer if you can figure out what the secret password is. A hint may be in the latest issue of Game Informer with Rage as a cover story. Good luck!

Thanks to Shacknews for paraphrasing the GameInformer story.