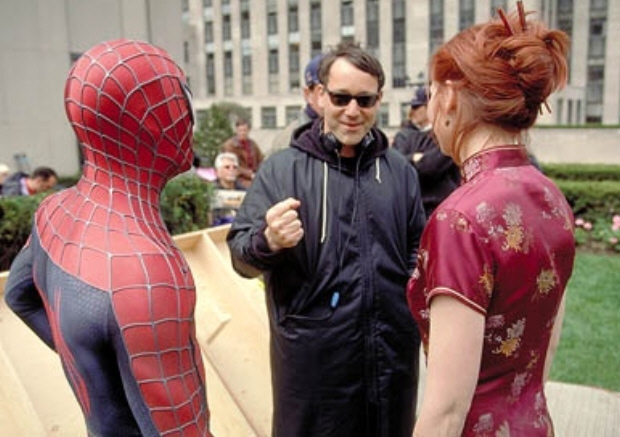 The director of the long-awaited World of Warcraft movie has been finalized and revealed as Sam Raimi! You might remember Raimi from a little trilogy called Spider-Man. Raimi’s most recent film was Drag Me To Hell but he was also created the Evil Dead movies and produced many films including The Grudge movies.

“At its core, Warcraft is a fantastic, action-packed story,” said Raimi. “I am thrilled to work with such a dynamite production team to bring this project to the big screen.”

Also contributing to the film as producer will be Charles Roven, who was producer of one of the biggest movies of all time in The Dark Knight (which was nominated for 8 Academy Awards, winning 2, and has grossed over $1 billion dollars worldwide). He also produced the first Batman film.

In addition, Blizzard will be directly involved with the movie along with Legendary Pictures.

“Partnering with Sam Raimi exemplifies Legendary’s mandate of marrying the highest quality intellectual property to world-class filmmakers” said Legendary’s Tull. “Sam’s passion for ‘Warcraft’ is undeniable and we know that he will create an incredible film worthy of Blizzard’s phenomenal franchise. We look forward to collaborating with our partners at Warner Bros. and continuing our successful relationship with Chuck in bringing this rich new world to the screen.”

“Blizzard Entertainment and Legendary Pictures have a shared vision for this film and we searched at length to find the very best director to bring that vision to life,” said Paul Sams, chief operating officer of Blizzard Entertainment. “From our first conversation with Sam, we could tell he was the perfect choice. Sam knows how to simultaneously satisfy the enthusiasts and the mainstream audience that might be experiencing that content for the first time. We’re looking forward to working with him to achieve that here.”