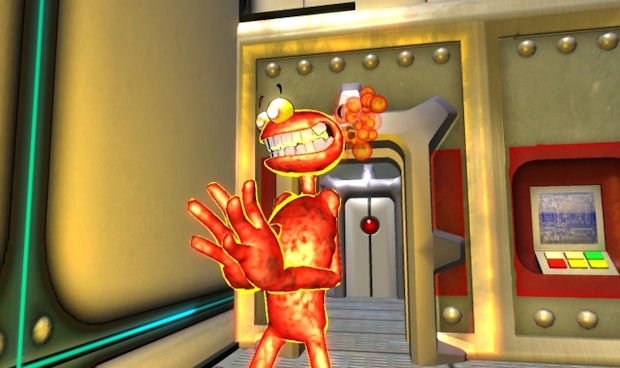 Fools they were, to tread where knowledge should stay forbidden. For what emerged was not a man – it was a Splosion Man. “And all who saw him were sploded, for he was the fire and they were but meat.” Able to splode himself at will, the Splosion Man launches his way through levels as an uncontainable force. From Twisted Pixel Games, developer of the award winning The Maw, Splosion Man will keep you on your toes as you play through more than 50 single-player levels and 50 multiplayer levels. Nominated by GameSpy, Gamespot, IGN, and 411mania, this meat-riddled splosion-fest took several Best of E3 awards including Best Platformer and Best Downloadable Game.

Buckle up for an explosive video gaming experience. Pun intended.

PS: Xbox Live Gold Members can now get the Jedi Temple Mission Game Add for The Force Unleashed for only 400 points ($5). Normally 800 points ($10), this Deal of the Week will be available until Monday, July 27th.