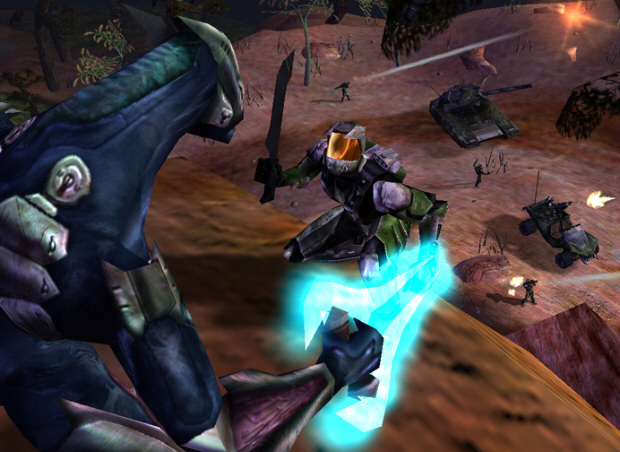 Bungie has released prototype Halo 1 images from the original version of the game way before anything was finalized.

On their web-site they also include a ton of pictures of Halo 1 in a very early state where the main character (not yet named Master Chief) is very blocky and the land is virtually flat. Somehow though the color still pops out and the background of Halo is as beautiful as it was in the final version of the game.

Bungie walks you through a brief history of the early Halo (which was originally entitled “Blam!”) while including lots of fun nuggets like above along with a metric ton of new screenshots of the game.

Be sure to check out “So Our Game’s Called Halo” for much more.