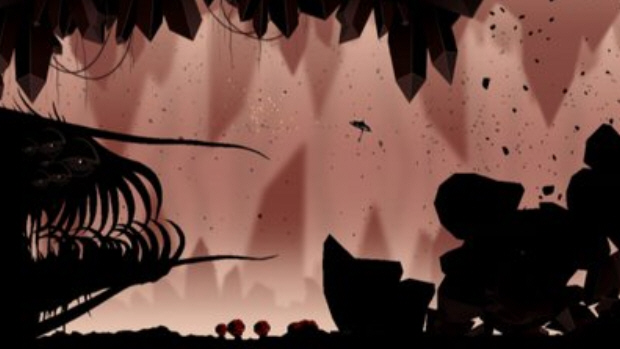 Insanely Twisted Shadow Planet is an in-development shooter that seeks to “combine old school arcade style game play with feature film quality design and animation.” A feat it absolutely NAILS as you can see in the completely awesome trailer below.

Created by Michel Gagne and Joe Olson, the game looks literally exactly like Michael’s awesome artwork. The result is a game of striking visual design. The game does not yet have a publisher or platform but you can be sure that it will hit whatever downloading services they can use to bring it to the marketplace.

In the Insanely Twisted Shadow Planet blog they mention screening it for Microsoft’s Xbox Live Arcade, so you can be sure that it will be released there, in addition to the PC. And I would bet that it will also hit PlayStation Network and maybe WiiWare as well.

Whatever the case may be, keep your eye on this one. Definitely looks like a winner. The music in the trailer btw is from the song “Blood Hunger Doctrine” from the album Death Cult Armageddon by Norwegian black metal band Dimmu Borgir.