Final Fantasy XIII Figurines on the way from Square Enix 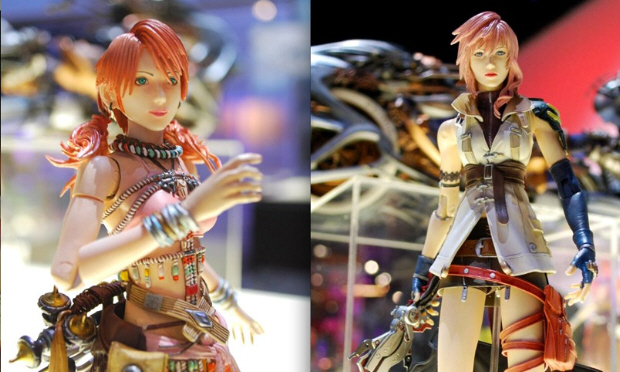 Square Enix has announced that they will be releasing a line of spiffy figurines/toys from the upcoming Xbox 360 and PS3 RPG megahit, Final Fantasy XIII. They will be released in Japan this December.

You can take a gander at the great looking set of figurines in the picture above. View the rest of them over at Kotaku.

I have never gotten into toy/figurine collecting personally. But whenever I see awesome figures like these and the Halo 3: ODST Rookie figurine, it’s almost enough to make me reconsider my position . . . then I see the price tag on these things. And it always brings me back down to reality. *sigh*