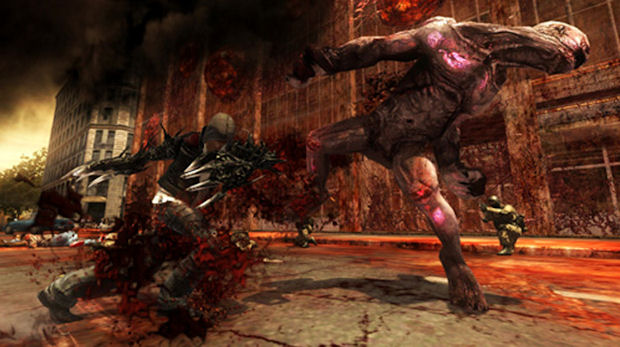 Activision and Radical Entertainment’s highly anticipated video game Prototype has shipped to retail outlets worldwide this week. The genetically mutated Alex Mercer is set to deliver a powerful, action-packed gaming experience as players begin to unravel his dark, conspiracy-ridden past and become the ultimate shape-shifting weapon! I’ve been playing it for a few days now and it’s really fun!

In the game you are the Prototype: Alex Mercer – a genetically mutated man without memory, armed with amazing shape-shifting abilities, hunting to discover what created you and determined to make those responsible pay. You tear through a densely populated contemporary New York City moving with free-roaming Parkour-style fluidity, consuming anybody that gets in his way… assuming their physical form, memories and abilities in the process. Fueled by a three-way war between Alex, the Blackwatch Military Special Forces and a viral outbreak known as the Infected, you venture into a deep, dark conspiracy 40 years in the making.