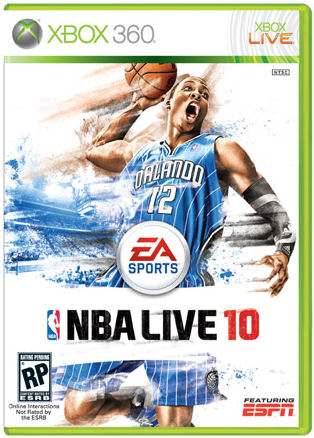 Electronic Arts has announced that Orlando Magic center, Dwight Howard, will be the cover athlete for NBA LIVE 10. A three-time NBA All-Star, Howard is currently looking to lead the Magic franchise to their first NBA Championship.

“It’s an honor to be named as the cover athlete for NBA LIVE 10,” said Howard. “This year has been a crazy ride and this is a cool way to cap it off. Of course – there is one more thing I’m on the hunt for that would complete it.”

The No. 1 pick of the 2004 NBA Draft was the 2009 NBA Defensive Player of the Year, an All-NBA First Team selection the last two seasons, and stole the show at the 2008 NBA Sprite Slam Dunk Contest with his superhero antics. Additionally, Howard was the starting center of the 2008 U.S. Basketball Men’s Senior National Team which won the gold medal at the Olympics in Beijing.

NBA LIVE 10 is currently in development under the EA SPORTS brand by EA Canada in Vancouver, B.C. and will be available in America on October 6th, 2009, for Xbox 360, PlayStation 3 and PSP.

Featuring several innovations to the core gameplay experience and online game modes, NBA LIVE 10 is bringing a renewed focus to the long-running EA SPORTS basketball franchise. The groundbreaking Dynamic DNA service, driven by Synergy Sports Technology, will make a return in NBA LIVE 10, with significant improvements that will allow players to connect their game to the NBA season like never before.

Along with Howard, regional NBA LIVE 10 cover athletes for France, Germany, Spain and Italy will be named at a later date.