Dante’s Inferno 2 and 3 possible. Plenty of story left to be told 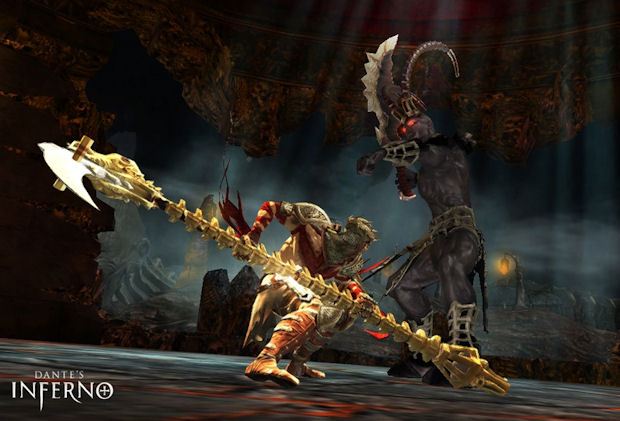 As you may or may not know, Dante’s Divine Comedy is considered to be one of the greatest literary works ever created. It was written by the Italian poet Dante Alighieri in the Middle Ages between 1308 and his death in 1321. It is divided into three parts: the Inferno (Hell), Purgatory, and Paradise (Heaven).

Visceral Games’ Glen Schofield has said in an interview that he’s perfectly aware of the Divine Comedy being written as a trilogy, saying “so there’s at least room for two more [games] after that. And that could take you quite a long time.”

But with the first Dante’s Inferno (Xbox 360, PS3, PSP) game not out until 2010, sequels will be quite a while off according to Mr. Schofield. To quote him: “We’re not going to make any other games unless this one comes out fantastic, and that’s the same thing with any game that we’re working on. We focus, focus, focus on this one, knowing that there are opportunities to make others, but nobody’s thinking about them right now.”

Doesn’t talking about sequels imply he’s also thinking about them? Not to mention that EA has announced both a game and animated movie of Dante’s Inferno, so they must’ve opted the rights for the entire literary works.

Watch the developers talk about the first game in this “Nine Circles of Hell” documentary.