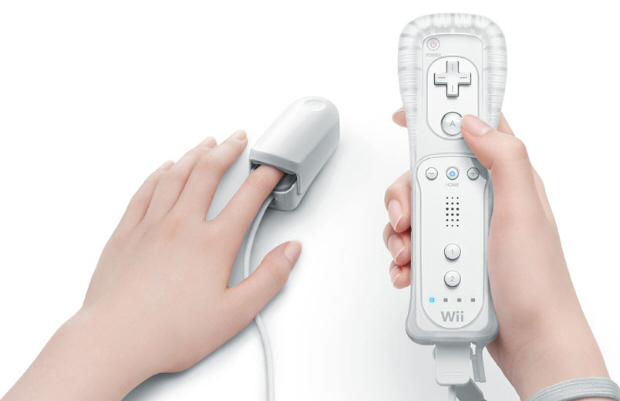 Nintendo made a surprising and totally random announcement at their E3 2009 Nintendo Press Conference. That announcement was a Wii Vitality Sensor, a device that plugs directly into the bottom port of the Wii Remote. The device itself is small and reads your pulse when you stick your finger in it.

Nintendo talked extensively about the upcoming peripheral and how it could be used to sense a player’s pulse and stress levels. They then indicated that this could lead them on the path of “relaxation games” similar to yoga. In addition to sensing the pulse of a person, Nintendo stated that Vitality Sensor also shows “a number of other signals being transmitted by their [the user] bodies, and will then provide information to the users about the body’s inner world.”

The body’s inner world, eh? Sounds intriguing to me!

No games or further details on the device were announced or shown, but they did say it was the “future of Nintendo” and you can be sure that Miyamoto is coming up with some crazy never-before-seen idea that will use it. And show us our “inner body world”.

You can see Nintendo talk about the device in this video from E3 2009.