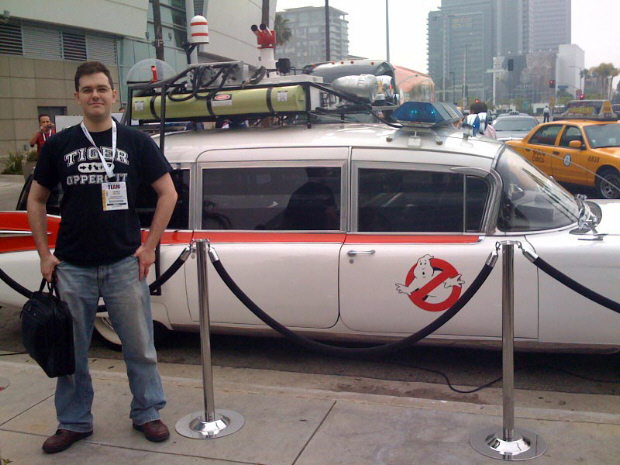 Atari made its presence at the Electronic Entertainment Expo 2009 known by bringing out a major heavy-hitter for its promotion of the upcoming Ghostbusters: The Video Game.

What kind of heavy hitter could that possibly be you ask? THE ORIGINAL ECTO-1!

That’s right, the same Ectomobile 1959 Cadillac Miller-Meteor limo-style endloader combination car (ambulance conversion) [PHEW! Say that 10 times fast] was there at E3 2009 live and in person! Er. Uh. I mean, in machine. Or something.

Okay so while it may not have been as cool as having one of the actors from the classic movies there, it WAS definitely cool enough to attract a crowd. And many attendees wanted to have their picture taken with the famous vehicle.