Home » News » DS News » Drawn to Life 2: The Next Chapter announced for Wii and DS

Drawn to Life 2: The Next Chapter announced for Wii and DS 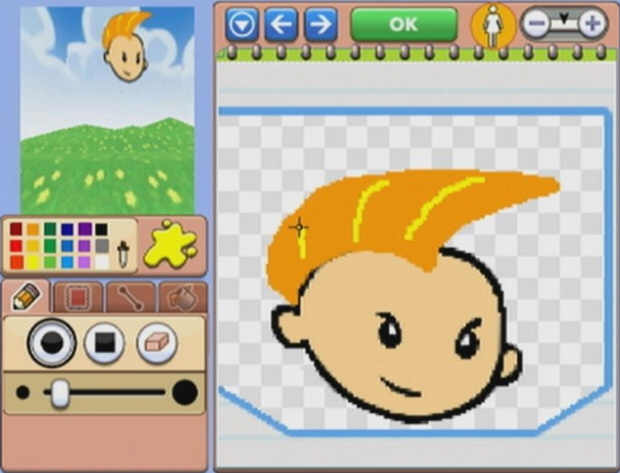 The Next Chapter adds an innovative new action drawing feature and enhanced drawing tools to further mmerse them into new worlds that they can create and explore.

In Drawn to Life: The Next Chapter for Wii, players will draw their own heroes using the Wii Remote to find the Artifacts of Power and rid the Raposa village of an evil, shadowy figure that has taken over the land. Throughout the game, players will draw more than 100 unique items from robust drawing tools, such as vehicles, weapons and tools, to conquer their enemies. The all-new Action Drawing tool allows for objects to be drawn directly into the game to help navigate through several environments, including a sky world, a jungle and a shadow city. In addition, the game’s multi-player feature will allow players to draw their team members and equipment to compete against others in a variety of mini-games, such as soccer, hockey and basketball.

In Drawn to Life: The Next Chapter for DS, players will be able to draw their own heroes, be it humans, animals or multi-limbed creatures, and will embark on a brand new adventure aboard a Turtle Ship to defeat the evil Wilfre and restore color to the Raposa civilization. Players will have the ability to morph their hero into a blob or a spider, adding more gameplay and allowing for players to play each level a variety of different ways. The game’s Action Drawing Tool gives each color special properties when drawing objects into the game to help solve puzzles and progression through the game. Along the way, they will collect coins and color drops to unlock a variety of content, including challenges and quests, customization options and hero abilities. In addition, the game’s multi-player aspect allows players to trade heroes, weapons, items and accessories with friends.

Here is a brief video of the game in action.

“Drawn to Life continues to be tremendously successful because it delivers a creative experience unlike any other game out there. Gamers of all ages love drawing their hero and seeing all of their creations come to life in the game, making it their own unique experience,” said Randy Shoemaker, vice president, global brand management. “Drawn to Life: The Next Chapter raises the creative bar with a totally new experience for both Wii and Nintendo DS fans alike.”