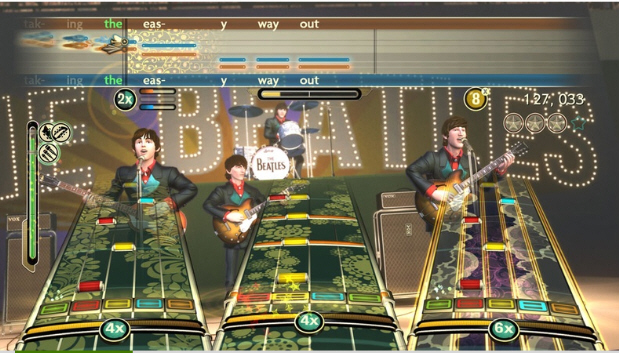 Electronic Arts has shown off The Beatles: Rock Band at E3 2009 in an all-new trailer that will give you a good look at how the game will actually play.

As you can tell from the trailer below, the game will essentially give you what you’d expect from Rock Band, except with The Fab Four and their music dripping through every one of its pores.

As previously reported, the game will include harmonizing (so there can be multiple vocal tracks), and features entirely accurate motion capture for The Beatles model’s; Giving them animations and mannerisms that are about as fitting as you can get. Along with stylized backgrounds and great visuals all around, the trailer takes players through several points in the career of The Beatles from playing in the basement circa 1963 to the rooftop of Abbey Road and under the sea for Octopus’s Garden. You’ll also notice that the game will age the band members appropriately depending on what point in their career you are playing.

With 45 songs the game is sure to satisfy anyone looking for a top-notch band experience or a historic look at the legendary Beatles. And even if you aren’t a fan, the game definitely looks fun enough to possibly make you into one.