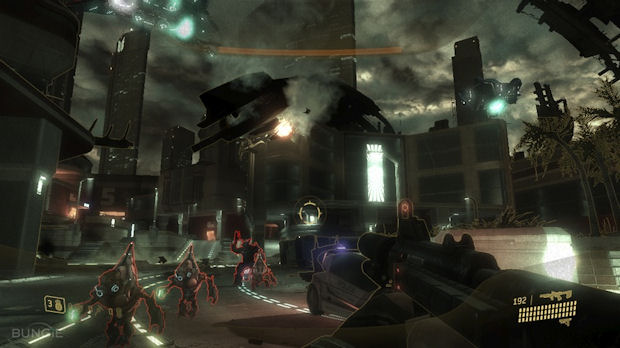 At Microsoft’s E3 2009 conference it was unveiled that Bungie’s Halo 3: ODST, which stands for the UNSC’s Orbital Drop Shock Trooper (no Master Chief here), has been given a release date of September 22, 2009.

The new Xbox 360 FPS game will support all of Halo 3’s main features, including four-player co-op, campaign scoring, screenshots and Forge multiplayer map editing. Every copy of Halo 3: ODST contains an invitation to the Fall 2010 Halo: Reach Multiplayer Beta. And every pre-order from select stores will be given an exclusive Sgt. Johnson unlock for the “Firefight” mode.