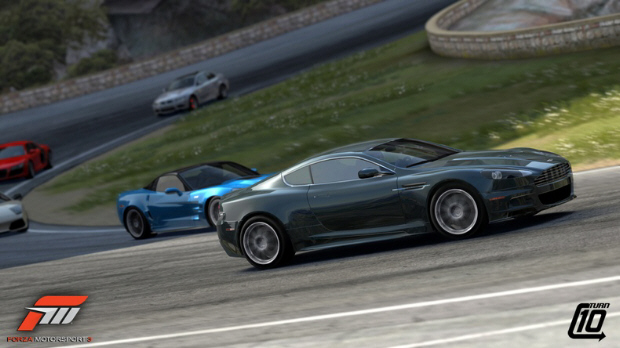 The sequel to Forza Motorsport 2 will include over 400 cars from 50 manufacturers with over 100 tracks for players to race on. There will be over 200 different events in the game as well, including Circuit, Oval, Drag, Drift and Timed Events. Players will have their own personalized racing calender as well where no two calenders will be the same.

A new addition is the ability to record videos of your races and upload them to the Forza Motorsport web-site. The game will also expand on the online offerings with new multiplayer modes and a new game rules editor and Xbox Live leaderboards that will be expanded to cover the most prolific car tuners and the best painters in the community.

The car customization options have also been greatly expanded to offer almost unlimited amounts of creativity and the ability to share your creations with your friends and the world.

Here is footage of Forza Motorsport 3 from Microsoft’s Press Conference.

Here is the debut trailer for Forza Motorsport 3.

Finally, here is footage of the Forza Motorsport 3 video editor.