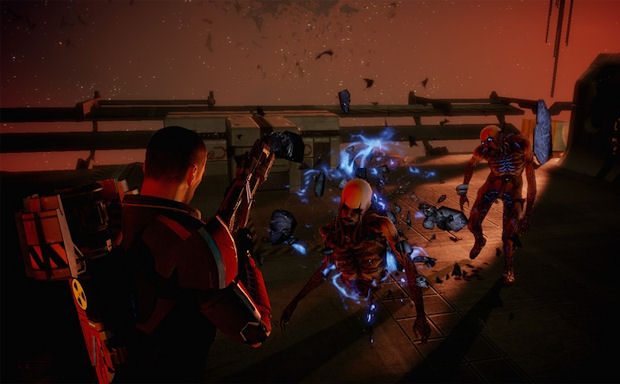 Mass Effect 2 is coming to PC and the Xbox 360 in early 2010. But that’s not stopping developer BioWare from generating a lot of hype very early on.

“We’re going to surpass the extraordinary gaming experience we brought our fans in Mass Effect by delivering intensified combat and expanded weapon options as well as increased depth of planet exploration, all while delivering a powerful, emotionally engaging story,” said Dr. Ray Muzyka, General Manager and CEO, BioWare and General Manager and Vice President, EA. “Mass Effect 2 is shaping up to be an unforgettable RPG-shooter experience, taking players on a non-stop roller-coaster ride filled with stunning plot twists and no-holds-barred action.”