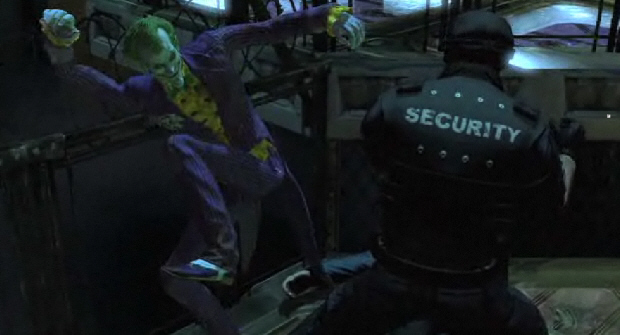 Batman: Arkham Asylum will make its appearance at E3 2009 in playable form ahead of its quickly approaching August 25th U.S. release.

In addition, as we previously revealed, The Joker is a playable character in Batman: Arkham Asylum (exclusively in the PlayStation 3 version of the game). And the developers at Rocksteady Studios have released a new trailer to show off the classic and beloved villain in action.

As you can see in the video below, The Joker plays completely different from Batman and has a plethora of cool moves and very fitting animations that truly bring out the character like never before in a videogame.

I find this trailer much more impressive than the last few. Voice work in all.