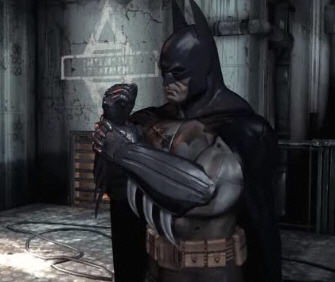 The highly anticipated Batman: Arkham Asylum has officially been delayed from a release date of June 23rd to a vague “end of Summer 2009” in the U.S., announced Eidos, the game’s publisher.

The delay is in order to allow for more time to polish the game at Rocksteady Studios, the game’s developer. Which is always a good thing. Hopefully this will amount in the game being great instead of merely “good”, which has been my description of the game so far.

And that has been my opinion even given the awesome looking combat in this new “Freeform Combat” trailer in which you get to see a plethora of great-looking Batman moves highlighted. While that looks great, the voice acting needs some work and there’s just a look about it that kind of bugs me. But hopefully with more time in the cooker any issues can be ironed out.

The game still has yet to get a European release date by the way.