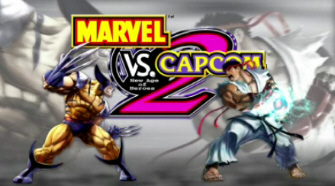 Capcom has officially announced Marvel vs. Capcom 2 for Xbox Live Arcade and PlayStation Network, with a release set for this Summer!

Over on the Capcom Unity blog, Sven used the announcement as proof that Capcom REALLY IS listening to what their fans are saying and what they want. To quote, “I can’t stress enough, if you ask for something loudly enough and long enough, we’ll work very hard to make it happen.”

I have to give my kudos to Capcom who is really pushing to listen to their fans and provide them the games they want, as well as targeting Westerners, with the likes of Mega Man 9, Bionic Commando: Rearmed, Bionic Commando for 360 & PS3, and of course, Street Fighter 2 HD Remix.

As far as Marvel vs Capcom 2 is concerned, here are the details:

* Based on the original Dreamcast code, not the PS2/Xbox versions. Those versions had a few issues that make them inferiour, which is why the tournament community uses the DC version. And why they are making the downloadable version based on the Dreamcast, so that fans are getting an upgraded version of the best source material.
* The game WILL be online! The folks who brought us Street Fighter 2 Turbo HD Remix, Backbone Entertainment, are developing this title.
* Will use the same player match quarter mode/lobby system that made HD Remix so popular. Will include leaderboards, stat tracking and more. They promise players will be getting “the best fighting game net code ever created for consoles.”
* Two HD upscaling options: Crisp and Smooth. For purists you have a “Classic” option, which leaves the sprites unfiltered. These settings can be changed on the fly even mid-match.
* Backgrounds are entirely in 3D and reportedly look fantastic when rendered in high definition.
* Actual textures from the Dreamcast version were originally at a much higher quality than the DC could actually display. So they look much better in HD or “quite amazing” to quote Capcom.
* Widescreen support confirmed. To make this possible the camera field view was widened along with a few “camera tricks” to minimize impact on gameplay. But play remains unchanged, it’s not a crop or a zoom like in HD Remix. “To put it simply, the gameplay area will be in a 4:3 field, while the viewing area will be widescreen. At the same time, for purists and competitive play, a 4:3 option (with vertical bars on the left and right) still exists.”
* No unlocking necessary. Every character in the game, all 56, will be available from the start.
* Additional Music Options! Because the “jazzy” music was so criticized (personally I hated it and think it made the game worse than it would’ve been with cool music) Capcom will add support for custom soundtracks as well as independent music volume controls! This way purists will keep what they love while fans of the gameplay will have additional customization options. So now you can crank that metal while beating down!

Marvel VS Capcom 2 will be released for Xbox 360 and PlayStation 3 via Xbox Live Arcade and PlayStation Network “sooner than you think” according to Capcom as a demo will be released this week! Update: The reason the game’s not coming to WiiWare is due to download file size limits Nintendo has on their service. There’s also the fact that Capcom only own the digital distributation rights, hence they cannot release a retail upgraded version for Wii either.