The Top 25 Hardest Games of All Time 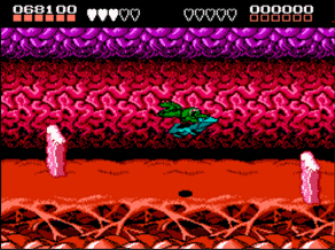 What are the Top 25 Hardest Games Of All Time?

Gaming difficulty is an interesting beast as it has really evolved over the years. Many gamers still hold to the fact that games of yesteryear were much harder than games on today’s consoles. But is that really true?

Obviously it all depends on who you ask. GameDaily has come up with their own list of the hardest games and series of all time. Though they mostly concentrate on franchises instead of one entry in a series. So I took a few liberties to add “series” like when they went with the original Battletoads (um, excuse me, but they’re ALL hard!).

Personally, I would’ve added a few games like the original Metroid, Mortal Kombat 3, Siren and Guilty Gear XX: Accent Core, Teenage Mutant Ninja Turtles for NES (Thanks logikil!) and Kid Icarus . . . I also think I’d exclude the arcade classics and maybe shooters, cause heck, a lot of shooters are hard. Then again, so are a lot of fighters. But I digress.

So what is your own personal list of the hardest games of all time?

Here is the list of the Top 25 Hardest Games of All Time: