Deca Sports 2 is coming to the Nintendo Wii as the original game crosses the 2 million shipped mark. Which means that the game will probably hit 2 million sold in a matter of months from now. Which ain’t too shabby. 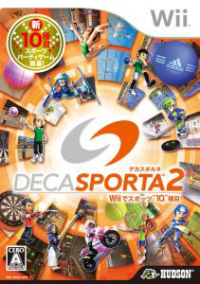 The sequel to the original game will include new sports including Tennis, Dodgeball, Synchronized Swimming, Skiing, Speed Skating, Hockey, Moto Racing, Kendo, Darts and Bocce Ball in addition to the previous sports available in the first game.

The game has a European release date of this Summer.