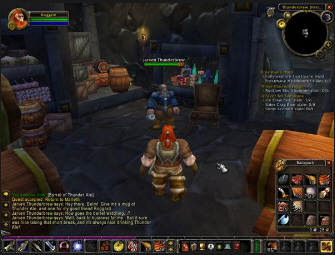 Although it would seem to counter-productive to not release the best-selling MMO for this generation’s current consoles, Pardo says that the Xbox 360 and PlayStation 3 simply are not built to support the kind of games Blizzard makes, due to lack of input devices.

Speaking at GDC 2009 during the Luminaries Luncheon, Pardo was asked what he would do if he was in charge of developing the next-generation of consoles.

“If I was them,” Pardo concluded, “I’d be sitting around trying to think of ‘What’s a cool input device that allows all types of new of games that are really fun to play?'”

“There are so many games, like we make at Blizzard, that we don’t take to the console because they don’t support input devices,” Pardo told the attendees.

He says that the lack of “device diversity” would only lead to ‘crappy ports” of Blizzard’s titles on consoles.

So it looks like WoW won’t be hitting consoles anytime soon. Which is a shame if you ask me. Consoles already support keyboards, and some support USB mouses, so how hard would it be to make WoW for Xbox 360, PS3 or Wii?