Dante’s Inferno animated movie and game to launch in 2010. Film also in the works 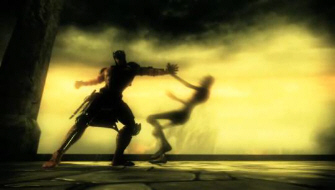 Electronic Arts is planning to make not only an M-rated Dante’s Inferno direct-to-DVD animated feature, but also a big budget live-action film (at least, it’s assumed it’ll be live-action) which will expand on their new intellectual properties beyond the Xbox 360, PlayStation 3 and PC videogame which will be released in 2010 (created by EA Redwood Shores, creators of Dead Space).

Like the Dead Space: Downfall animated DVD movie before it, Dante’s Inferno is being created by Starz Entertainment, the same company that produced Downfall.

The live-action movie meanwhile will be produced by Temple Hill Productions, the company behind the Twilight movie and the upcoming Gears of War movie. The Dante’s Inferno film is also further along than the animated project, with Universal Pictures producing and a script already being written as we speak.

As far as the animated movie is concerned, it will be produced by several different anime studios who will each produce one short film for each of the nine different levels of hell.