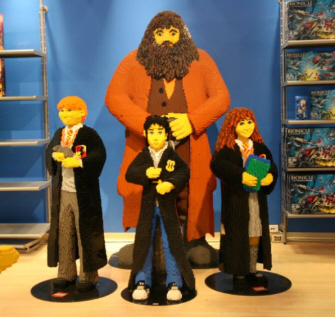 If you love the Lego games such as Lego Star Wars, Lego Indiana Jones and Lego Batman, then you’re in luck, because developer Traveller’s Tales has much more where that came from!

A staff member of the UK studio has confirmed that the developer is in the works with: Lego Harry Potter (long rumored and seemingly the most obvious and fitting license to get the Lego treatment) and Lego Indiana Jones 2: The Kingdom of the Crystal Skull.

If you haven’t played the first Lego Indy, then be sure to check out my Lego Indiana Jones: The Original Adventures review for more details on that fun title. The first game, as the name suggest, only covered the first three classic Indy movies, so it makes total sense for Traveler’s Tales to create another one based on the latest 4th movie in the series: Indiana Jones and the Kingdom of the Crystal Skull.

In addition to the above titles, the staff member also seemingly confirmed Lego Hobbit, a game based on Peter Jackson’s upcoming “The Hobbit” movies. Which are based on the Lord of the Rings prequel novel written by J.R.R. Tolkien and due for release in theaters in 2012.

And that’s not all. Traveler’s Tales has also apparently been put to work on existing licenses including Batman, which may mean that Lego Batman 2 is in the works. They also have Lego Battles for DS which is due for release this Summer 2009.

YAY O’ FOR ALL THE LEGO!