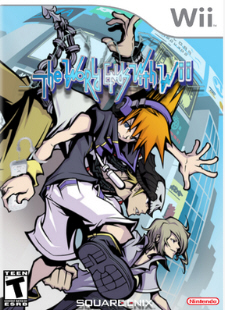 The World Ends With You, released in April of last year, was a very unique DS role-playing game that took RPG conventions and flipped them on their head with an extremely fun and stylized take on Japanese youth culture set in the modern-day Shibuya shopping district of Tokyo, Japan.

The game was highly original and made use of nearly every aspect of the Nintendo DS hardware to its fullest extent, from the dual-screens to the microphone to the Wi-Fi features set to a great soundtrack.

As such, the game was praised by both consumers and critics alike. Not only did it win many awards (IGN gave it Best DS Game of the Year, Best New IP for DS, Best DS Story, Best DS Original Score, Best DS Artistic Design, Best DS RPG and more, Game Informer gave it handheld Game of the Month for May 2008, et al), but it also surpassed sales expectations by both Square and critics alike, selling over 140,000 copies in North America alone as of September 30th, 2008.

So naturally, you’d think that a sequel would immediately be in the cards after the game’s success. In a The World Ends With You post-release interview by IGN (published on January 22nd, 2009), they talk to director Tatsuya Kando who first states that the game was not initially created with a sequel in mind when asked about the possibility of The World Ends With You 2.

IGN: How has the situation with this license changed since the game’s initial pitch? Was it originally designed as a one-time game, or was there always a possibility for sequels? Now that the game has sold surprisingly well, may we see another game in the series?

Kando: The game’s concept has not seen any drastic changes since its inception, but it was the first time our team decided to develop for the Nintendo DS hardware, so figuring out how to bring out the best in this hardware was a constant process of trial and error. Our objective was first to create a complete product, so we never really had a sequel in mind during development. 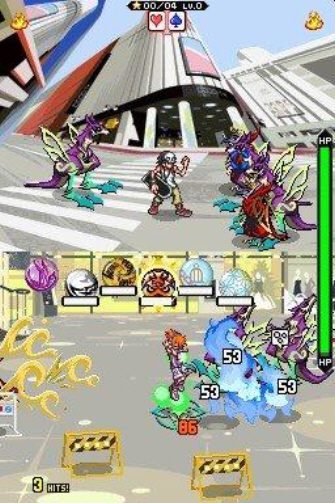 However when asked again later on about the possibility of The World Ends With You 2, Kando seems much more open to it and in fact, sounds as if a sequel will definitely happen.

IGN: Many fans of the game have now put in plenty of time with the game, and we’ve of course said our piece on it with our awards. Is it time to start thinking about a sequel? Can fans expect one, or is that something that’s still being worked out internally?

Kando: We’re very thankful that this title has been received so well, and as we see that there is demand from both Japanese and American fans, we would definitely like to consider the possibility of a sequel. Since it is not possible to get right into development at this moment, please give us a little more time.

At the end, he once again states that he would love to do a sequel if presented the opportunity.

IGN: Obviously you can’t share everything with us, but what could the future hold for The World Ends With You? Obviously we’d love a sequel, but the soundtrack, pre-release comic . . . there’s a lot to work with here. Perhaps an anime or manga series?

Kando: Personally, I think we’ve created a game that has a lot of potential to expand, so if given the opportunity it would be wonderful to take on the challenge. It would be such a waste if this was the end for The World Ends With You!

Kando is then asked about the likelihood of a Wii version of the game. You can draw your own conclusions by reading his response to IGN’s questions below.

IGN: The dual-screen presentation in The World Ends With You is obviously a huge part of the game, along with controlling two characters at once. Can a game like this make a jump to a system like Wii? Do you find the same synergy between IR control and traditional buttons as you do with a stylus and two screens?

Kando: Since The World Ends With You was specifically created for the DS, it would probably take on a very different form if it entered the console scene. Even though the Wii and DS seem similar, the stylus and Wii-remote are completely different, so naturally some alterations would become necessary to adjust the game for the Wii. Of course, the dual-screen element would have to be interpreted differently as well, but the most important thing would be to retain the essence of what makes The World Ends With You YOU what it is. The exhilarating high-speed action is a vital part of the game, so we would probably be careful to preserve that aspect when adjusting it for a new console.

IGN: On a different note, what is your view on the Wii in general? So many aspects of the system (integrating the weather channel and time-based aspects to games, the message board, Wii Connect 24) are being underused in our opinion. If there’s one team that’s ambitious enough to dig in with functionality, it’d be The World Ends With You team.

Kando: Thank you very much. The Wii is an extremely appealing hardware, so if our team did create a game for it, much like with The World Ends With You, we would make it our mission to examine how we could create a game that utilizes all aspects of the hardware.

Update September 2011: The Tokyo Game Show trailer (shown below) for the 3DS game Kingdom Hearts 3D: Dream Drop Distance showed a cameo appearance from The World Ends With You main character Neku, hinting at a sequel!

When Japanese gaming magazine Famitsu asked Tetsuya Nomura about it — because he’s Square-Enix’s game director and character designer on their Final Fantasy and Kingdom Hearts series — the creator hinted that Neku’s appearance “could be taken as notice of something to come, as something is being worked on.”

Update August 2012: Square Enix has launched a The World Ends With You 2 countdown website! The full reveal will be on August 27th, 2012!

Watch The World Ends With You’s Neku in 3D in this Kingdom Hearts 3D trailer:

What do you think? Instead of a Wii sequel, should The World Ends With You 2 move the series from DS to 3DS?

Tags: The World Ends With You 2