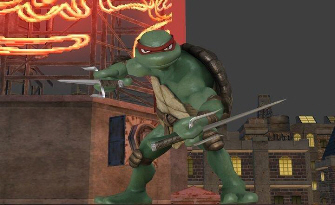 Ubisoft has announced TMNT: Smash Up for exclusively for the Wii.

The game is a four-player fighting title similar to Super Smash Bros. Brawl. In fact the game it is being developed by Game Arts who is noted for their work on popular Wii Nintendo fighting game. 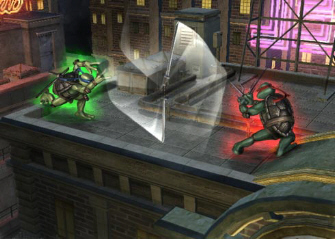 The game will have a single-player storyline that’s being penned by Turtles co-creator Peter Laird and will feature levels that change as you battle in them. And like Super Smash Bros. Brawl matches will have players using attacks to eventually weaken their opponent and knock them out of the arena, although you can also apparently play with standard fighting game health bars (which can naturally be refilled with pizza).

The game will not feature motion-controls as you’d expect (although it may pop-up in some form or another) and will feature a self-proclaimed “dark, gritty graphical style”.

So far the only characters confirmed for the game are the four Turtles (Leonardo, Raphael, Michelangelo and Donatello) and their sensei, Master Splinter.

So what characters do you want to see in the new Turtles fighting game? I would like to see Krang in his robot humanoid thing, Casey Jones and, of course, Shredder.