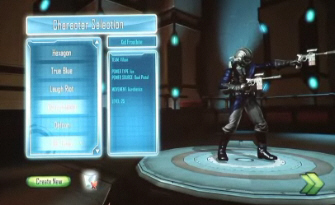 As we have widely reported, DC Universe Online will be released late this year or early next for the PlayStation 3 as one of the few MMORPG’s that are scheduled to try things out on consoles in addition to PC.

The game is a unique mix of more action-oriented fare with the RPG MMO conventions you’d expect, with a pretty unique style that looks kind of like a cross between City of Heroes and Crackdown. I still think the game looks quite clunky, but hey you can’t win them all. At least it does look smoother than it has in the past in my humble opinion.

To get an in-depth look at the game including the character creation (note: You don’t actually play as Superman or Batman but you’re own user-created character, natch), and lots of gameplay footage, check out these Developer Walkthrough videos of the PS3 version of the game.