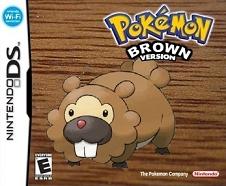 Nintendo has filed and renewed a bunch of Pokemon, Nintendo DS and Wii-related patents in Japan that were just revealed to the public from the Japanese trademark database. The patents are not necessarily representative of any (mainly Pokemon) videogames in development, and may just be Nintendo protecting their brand by registering and claiming copyrights on all possible variations they deem fit for potential sequels.

I really like the Pokemon Black & White names, that could be their play on the Light & Dark world theme. Different colors like the original games do sound cool, but Pokemon Crimson & Scarlet sounds more like what Generation V would be.

Here are the most interesting game names:

Translated from Japanese by Stormbringer, picture via VGboxart